I was browsing books on Amazon's Kindle the other day, and particularly, books I could borrow. Yes, you can borrow books, though as yet it appears you'll need the actual Kindle device to do so. Still, there's a relatively vast number of books that can be borrowed with certain limitations, such as, only one book at a time.

I began one of those wonderful journeys of discovery, and found that I could borrow a book on Leopold and Loeb. I had heard these names references again and again, but I have to admit to ignorance of who they were, or what "they" were all about. I was vaguely aware that it was some famous trial, and that it had been variously described as a cause célèbre of one sort or another.

Simon Baatz's For the Thrill of It: Leopold, Loeb and the Murder That Shocked Chicago, is perhaps the latest and most up-to-date recreation of this infamous murder, though it is by no means a "new" book; it was published in 2009. It also is rendered in a slightly controversial style, what I might call "augmented" history: the author takes the liberty of putting words that no one could possibly have record of in the mouths of characters. He has one of the people picking idly at a thread that has come loose on a chair as he sits and waits for news, for example, a detail that was speculation at best, pure fiction more likely. But for all that some of the details may not be quite accurate, it does make for novel-like reading, and that makes the story even more compelling.

I'm guessing that what made the Leopold and Loeb case an apparently "liberal" step-child was the fact that Clarence Darrow, he of the famous Scopes "Monkey" Trial, was the attorney for the defense. And Darrow was a strident opponent of capital punishment, even in a case as horrific as this;  Darrow was also a staunch defender of "science," and called upon it in this case to assist his plea of guilty but deserving of mercy; and he was a believer in the evils of the capitalist caste system, and felt that children were damaged by both the punishments and the indulgences of their upbringings.

If you, like me, have heard of the case but never the details, it went something like this:

Nathan Leopold and Richard Loeb were sons of two very wealthy and prominent Jewish businessmen in the Hyde Park section of Chicago. The events of the book took place in 1924.

The young men not only shared and ethnic and social background, but each was brilliant, both of them entering the University of Chicago as young teens - Loeb was 14, and Leopold 15.

It is hard to say which was the leader of the pair. Leopold may have been the more intelligent, but with stratospheric IQs in both boys, it's probably not important. However, it was clear that Loeb was the dominant member of the duo. Whereas Leopold was socially awkward and physically small and unimpressive, Loeb was handsome, glib and charming.

Both of them were disturbed.

Leopold was a student of Friedrich Nietzsche, and believed in the concept of the "ubermensch," or "superman," who was above the law and the morality that applied to the masses. For his part, Loeb was fascinated by crime novels, and fantasized about committing "the perfect crime."

The two were immediately attracted to one another's astounding intelligence, and to the other's rich fantasy life. It is suspected that they were also lovers, though that was never determined. The possibility was, however, to play a role in the defense of the case.

The two decided at some point to act out what they considered to be this "perfect" crime. They planned it in detail, stealing a typewriter from a fraternity, and obtaining a chisel and wrapping it in tape to use as a murder weapon, renting a car, and mapping out where and how they would capture their victim.

The victim, a 14-year-old boy, was apparently chosen at random. His name was Robert "Bobby" Franks, and he was also the son of a wealthy Chicago family. He was lured into a rented car by the older boys with whom he was evidently slightly acquainted.

From that point on, the entire perfect crime went completely haywire. While again, it was never determined absolutely who killed the child, it is thought that Loeb beat him to death from the back seat, the boy being seated in front. Blood, naturally, spattered everywhere. They dropped the body in a drainpipe, but Leopold dropped his glasses - glasses that had a unique tortoise-shell frame sold in only one store in Chicago, and easily traced to Leopold. They tried to cover the identity of the boy by pouring hydrocloric acid on his hand, face, and genitals - but failed utterly. Finally, they continued to make ransom demands even after the boy's body had been found and identified, not realizing that it was clear that they didn't have a live victim to return if the ransom was paid.

Eventually, they were caught, and without a lot of game playing gave one another up, each naming the other young man as the murderer, but boasting of their skill and admitting that they had done it just "for the thrill of it."

Enter Clarence Darrow, the famous defense attorney and progressive. Darrow's main concern was that the boys not be given the death penalty, and he handled the case in such a way as to prevent it. He felt capital punishment was both reactionary and barbaric. According to the history, "progressive thinker of the time generally recognized that crime had its roots in the contradictions of society, in the first place poverty and social inequality." Evidently, that pain of "inequality" worked both ways.

Darrow at first plead the boys not guilty, but reversed this so that the case could be held in front of a judge only rather than a jury. He wanted to put capital punishment on trial, not Leopold and Loeb.

He argued that the boys had been warped by their privileged upbringing, having been taught that they could have, and be, anything they wanted. They were trained to think that they were beyond the responsibilities of ordinary life.

Said Darrow, "You may hang these boys, you may hang them by the neck until they are dead. But in doing it you will turn your face toward the past. In doing it you are making it harder for every other boy who in ignorance and darkness must grope his way through the mazes which only childhood knows. In doing it you will make it harder for unborn children. You may save them and make it easier for every human being with an aspiration and a vision and a hope and a fate. I am pleading for the future, I am pleading for a time when hatred and cruelty will not control the hearts of men; when we can learn by reason and judgment and understanding and faith that all life is worth saving, and that mercy is the highest attribute of man.”

As I read these words, I could only think of the recent Zimmerman trial, and wonder if we have moved ahead much at all, given the cries for blood that accompanied that trial.

The book is a fascinating read - detailed, full of photos, easy to read and follow, and without a doubt, thought provoking. And now I finally know who Leopold and Loeb were. 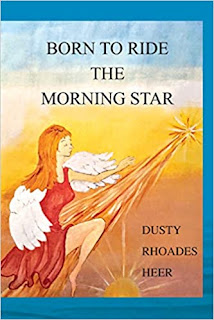 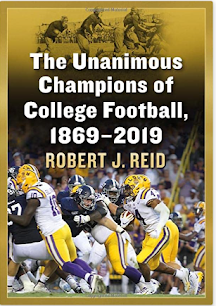